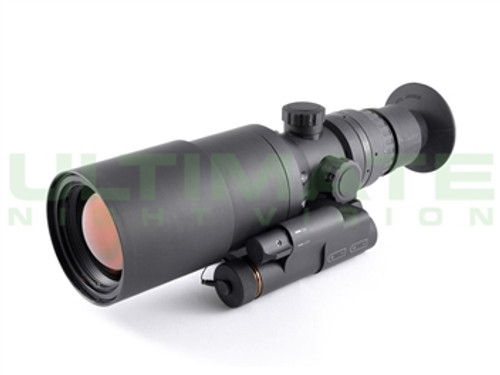 The IR Hunter line of thermal weapon sights are designed and built by an American company comprised of industry experts, shooting enthusiasts, and technicians obsessed with high quality thermal imagery.The IR Hunter MK III by IR defense is a direct response to customer feedback and requests to enhance the incredibly popular IR Hunter MK II. The IR Hunter MK III features a new stadiametric RangeFinder, more reticle options, multiple savable reticle locations with x/y ReadOuts, come standard with the battery extender, a dual-lever LaRue mount and flip-up lens cap. The IR Hunter can be set to 30hz or 60hz, has a built in auto-dimmer, image capture, edge detect mode and more. The BAE 12 micron imagery is truly amazing and produces some of the most crisp thermal images every seen on the commercial market. The MK II also has dynamic reticles so they keep proper ballistic calculations on every zoom level. If you are interested in recording thermal video for your IR Hunter we have ruggedized custom made video cables designed just for the MK II. We offer IR Hunter rentals to try before you buy and have a variety of IR Hunter MK II videos for pre-purchase evaluation. 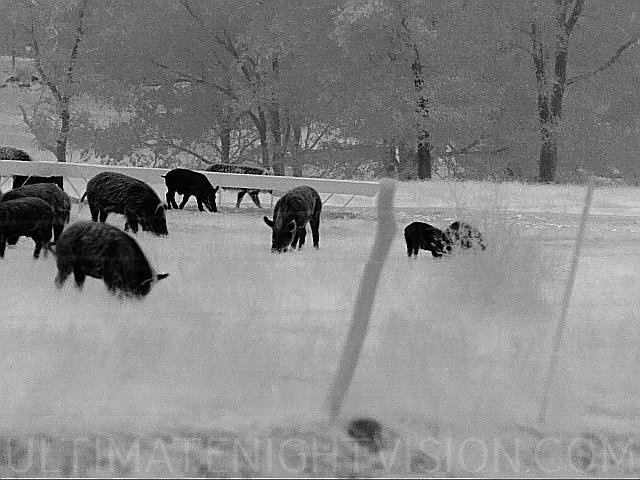 The MK III uses a 12 MIcron BAE Micro core and a menu level system in conjunction with turrets to make operation intuitive and fast. The IR Hunter can be set to 30hz or 60hz, has a built in auto-dimmer, image capture, edge detect mode and more. The BAE 12 micron imagery is truly amazing and produces some of the most crisp thermal images ever seen on the commercial market. The MK III also has dynamic reticles so they keep proper ballistic calculations on every zoom level. If you are interested in recording thermal video for your IR Hunter we have ruggedized custom made video cables designed just for the MK III. We offer IR Hunter rentals to try before you buy and have a variety of IR Hunter MK III videos for pre-purchase evaluation.

IR Hunter MK III includes all of the features on the MK II plus:

Each X/Y location will give you a simple X and Y value for as many locations as you need. This means that you can set up a MK III on as many weapon systems as you want and always maintain a return to zero. 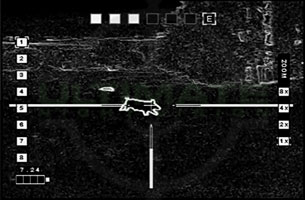 Edge Detect Mode
The IR Hunter MK III has an Edge Detection feature that produces an entirely different new way of viewing your target. Edge Detect mode is also a fraction of the brightness of other modes so your eyes are not as prone to night blindness after coming off the scope.

MAXPOL Polarity - White Hot/Black Hot
Most thermal weapon sights come with only one level of white hot and black hot. Some come with color pallets, but the majority of users find themselves using black hot and white hot exclusively. Rather than giving you color pallets that you will most likely never use, IR Defense designed the IR Hunter with 3 levels of white hot, and 3 levels of black hot. This allows you to choose the perfect level of polarity in the white hot or black hot modes for any situation.

ETR - Enhanced Target Recognition
The IR Hunter features an extremely benefitial technology called Enhanced Target Recognition, or ETR. Most thermal systems auto adjust the image contrast and brightness across the entire display screen. This can lead to washed out image around the crosshair or for a majority of the display area. ETR selects the are on the display to adjust leaving you with a perfectly adjusted image.

DFC - Digital Focus Control
Digital focus control allows you to not only focus your picture to the optimum setting, but it also allows sharpening of the entire picture. This technology will make a 320x240 appear more like a 640x480. For a detailed look at what DFC can do to image quality look at the image below. This image is raw, unedited, and is not a simulation.

Edge Detect - Tactical Mode
There are certain tactical situations that require your display to me very dim so as not to be detected, and to reduce night blindness after coming off of your eye piece. The IR Hunter MK III has an advanced feature that has been used on certain high end military thermal sights for years. Edge Detect gives you an entirely different way to view your target, with 90% of the screen black, and only the edges surrounding your target white. This is an extremely useful feature and is not found on any other commercially available thermal weapon sights. 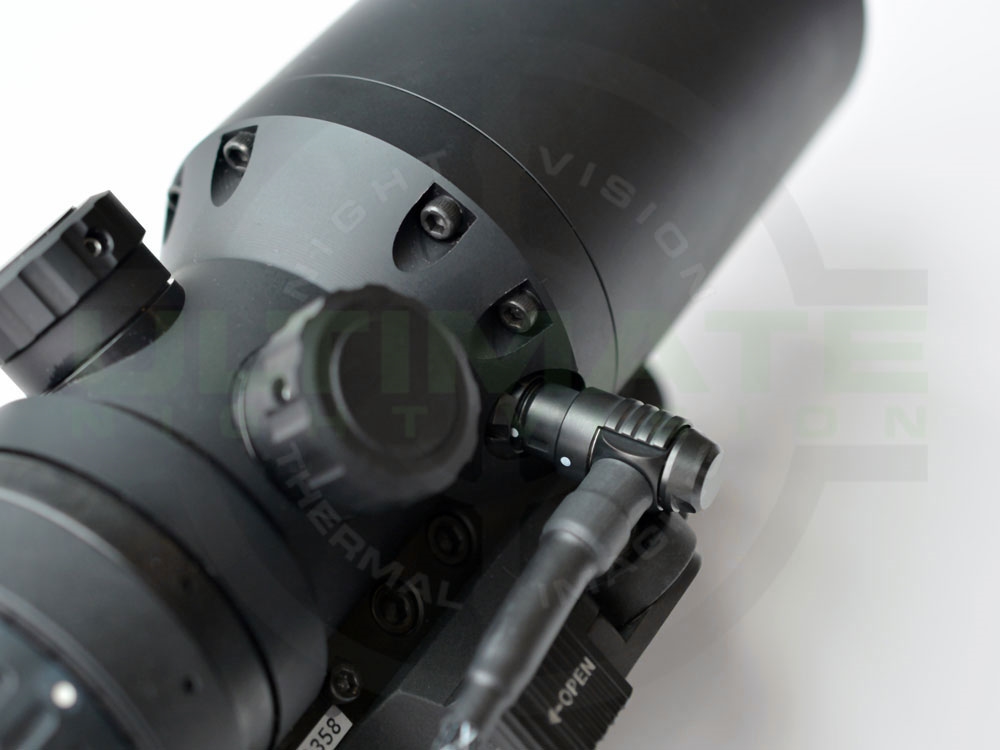 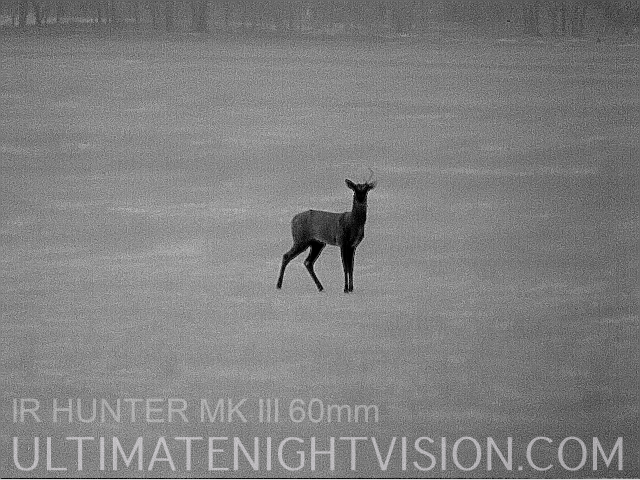