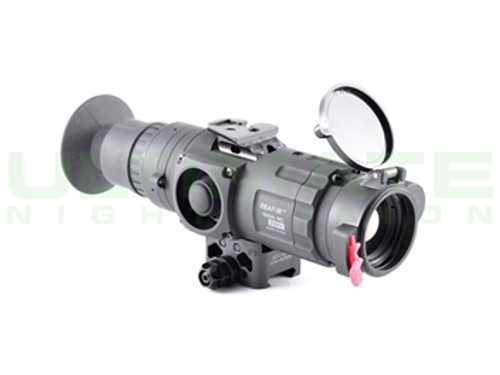 The REAP-IR optimizes the SWAP mind set with its small packaging combined with it's lightweight features. When you need a thermal weapon sight that fits perfectly on a tactical rifle you need not look no further as the REAP-IR will deliver. The REAP-IR system is powered by the new BAE Systems MicroIR thermal core that uses the latest 12 micron sensor technology. Now you can have a 60hz frame rate with increased magnification all in a compact military grade package.

The REAP-IR has all the features and performance of the IR HUNTER Mark Ill and the size and weight factor of the IR PATROL. The REAP-IR truly is the best of both systems incorporating a 12Â° degree field-of-view lens with the new stadiametric range finder.

Having 2.5x magnification combined with the 640x480 resolution 12um micron LWIR thermal core in the small tactical package makes the REAP-IR ideal for Special Operations, Tactical Teams, border security, and night hunters. Every REAP-IR has a 60hz fast frame rate at no addition cost. The fast frame rate will be very useful for leading a shot of a fast moving target.

The REAP-IR integrates several new features such as multiple reticle save locations so you can mount the sight on different weapons and keep your reticle position. It has the new digital read-out on the reticle adjustment screen giving you information on exactly how many clicks you have adjusted the system. With 5 different reticle patterns you can find the best fit for your application. And to finish off the REAP-IR we have added a flip-up lens cap, Mini D-LOC Rail Mount and a battery extender to every mini thermal sight. 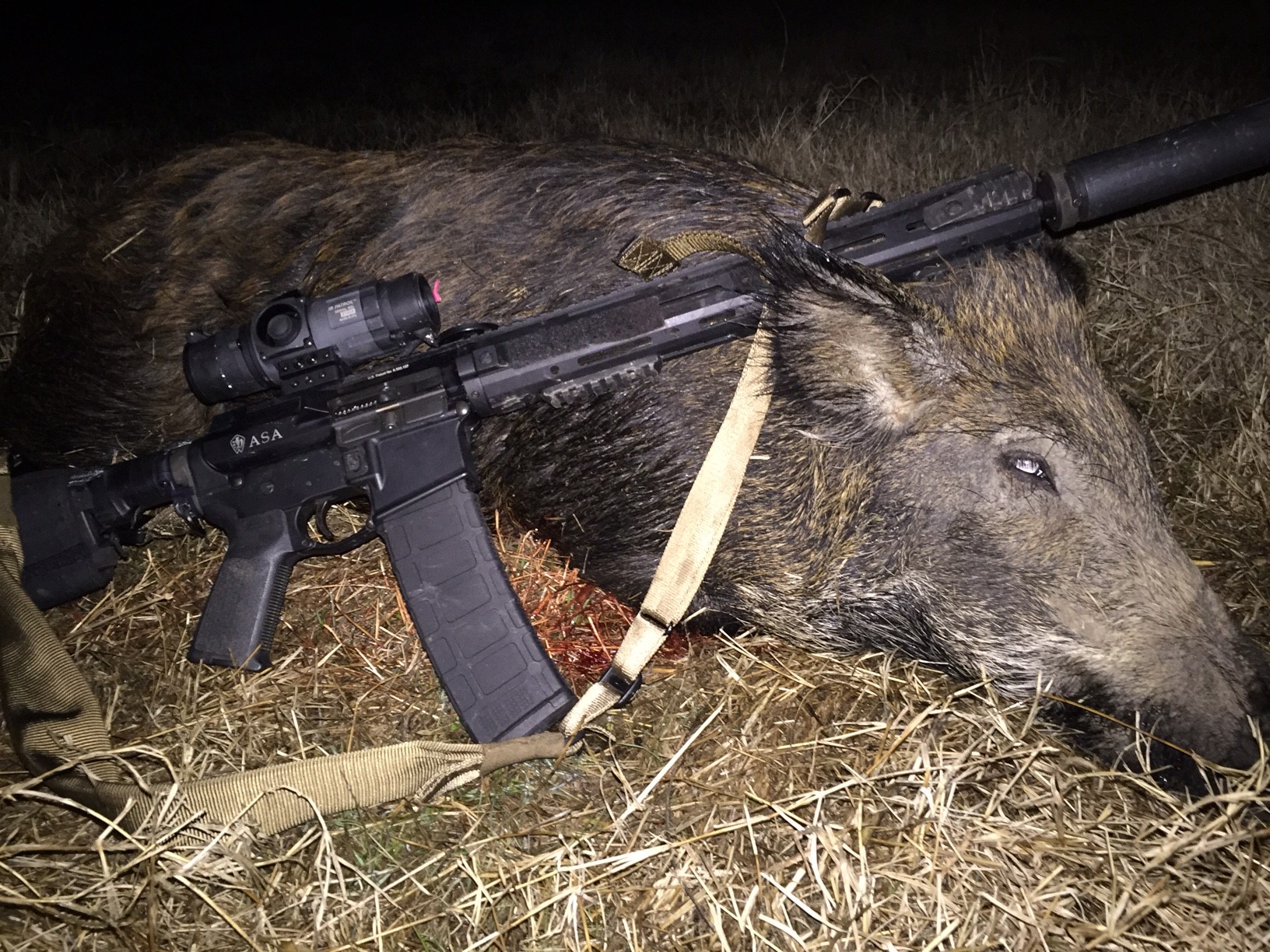 Imagery Detailed Reticles
The REAP-IR provides you with the most clear reticles and symbols. Not only do we have the clearest image but we are doing this with MOA accuracy. 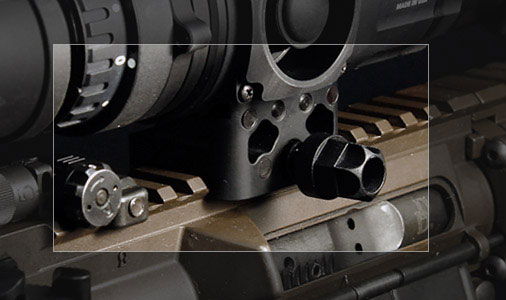 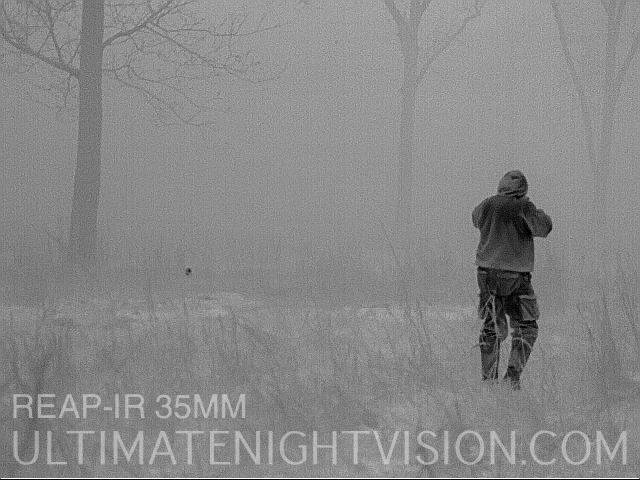 Even in adverse weather conditions such as rain and fog the REAP-IR will still detect and identify a target. The image above was captured in dense fog with over 95% humidity.

The REAP-IR has an Edge Detection feature that produces an entirely different new way of viewing your target. Edge Detect mode is also a fraction of the brightness of other modes so your eyes are not as prone to night blindness after coming off the scope. There are certain tactical situations that require your display to me very dim so as not to be detected, and to reduce night blindness after coming off of your eye piece. The REAP-IR has an advanced feature that has been used on certain high end military thermal sights for years. Edge Detect gives you an entirely different way to view your target, with 90% of the screen black, and only the edges surrounding your target white. This is an extremely useful feature and is not found on any other commercially available thermal weapon sights.
Reticle Position ReadOuts 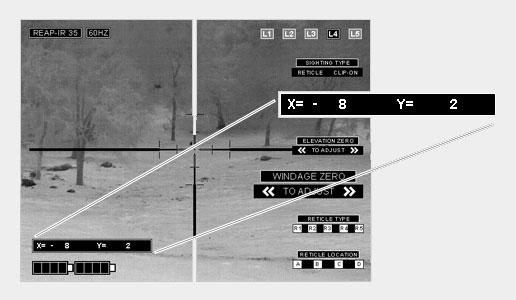 Not only can you save 4 weapon sight reticle locations and 4 clip-on scene locations, but each one of those locations will give you a simple X and Y value for as many locations as you need. This means that you can set up a REAP-IR on as many weapon systems as you want and always maintain a return to zero.
MAXPOL Polarity - White Hot/Black Hot
Most thermal weapon sights come with only one level of white hot and black hot. Some come with color pallets, but the majority of users find themselves using black hot and white hot exclusively. Rather than giving you color pallets that you will most likely never use, IR Defense designed the IR Hunter with 3 levels of white hot, and 3 levels of black hot. This allows you to choose the perfect level of polarity in the white hot or black hot modes for any situation.
ETR - Enhanced Target Recognition
The IR Hunter features an extremely benefitial technology called Enhanced Target Recognition, or ETR. Most thermal systems auto adjust the image contrast and brightness across the entire display screen. This can lead to washed out image around the crosshair or for a majority of the display area. ETR selects the are on the display to adjust leaving you with a perfectly adjusted image.
DFC - Digital Focus Control
Digital focus control allows you to not only focus your picture to the optimum setting, but it also allows sharpening of the entire picture. This technology will make a 320x240 appear more like a 640x480. For a detailed look at what DFC can do to image quality look at the image below. This image is raw, unedited, and is not a simulation 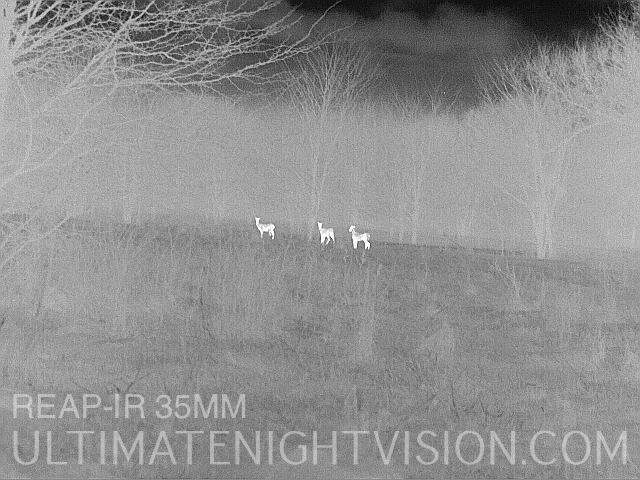 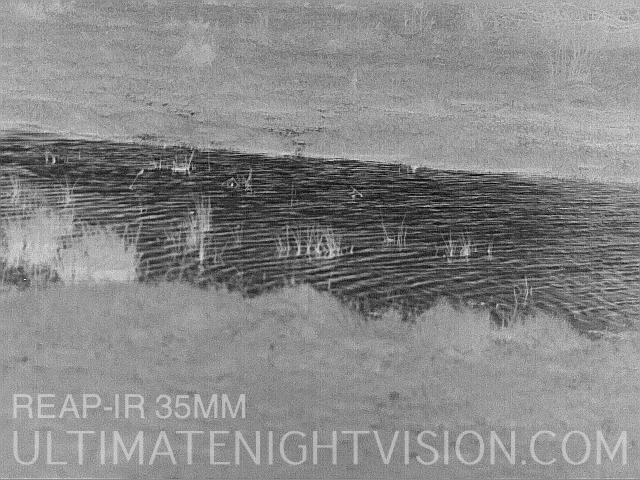 This image of a shallow pool of water shows the true clarity and definition the REAP-IR is capable of with the BAE MicroIR 12 micron core.